Question: Squash bugs decimated my plants and my crop last summer. What should I be doing now to prevent this from happening again?
-          Sarah H., Las Cruces

Answer: You are not alone, and I’m glad you’re already gearing up. Last year I addressed multiple questions about controlling squash bugs in September and October columns. However, by then, most squash bug problems were beyond help, and I promised to address this issue earlier this year. This week, I’ve collected recommendation snippets from archived columns going all the way back to 2008.
Click these links to go to the full columns, or scroll down to get the gist:
Here's a very helpful YouTube video from the Southwest Yard & Garden show where John White, retired garden curator at the UTEP Centennial Museum and Chihuahuan Desert Gardens in El Paso and Doña Ana County Extension Agent, demonstrates how to monitor your plants for squash bug eggs. https://www.youtube.com/watch?v=zovsJI9VKZE

Squash bugs are difficult to control, and even more so as the bugs mature because their populations get out of control and insecticides are a much less effective tool. Squash bugs have distinct lifecycle stages, so be sure to keep an eye out for eggs, nymphs, and adults (https://bugguide.net/node/view/567815).
Some people delay planting squash until July to avoid the squash bug, but this tactic is not foolproof. As many gardeners have reported again and again, delayed planting seems to work some years, but not reliably.

Dr. Carol Sutherland, NMSU Extension Entomology Specialist and NMDA Entomologist, has suggested that you take a hint from their name and “squash” the mature squash bugs. Look for clusters of shiny orange-brown eggs on the underside of the lower leaves and smash them too. Sutherland also suggests that you handpick or scrape the bugs and their eggs from the plant into a can of soapy water. (I might use a large can or even a five-gallon bucket to save on repeated trips to dump and refill.) Manual removal is the most effective way for homeowners to manage this common garden pest at this stage. Manual removal is also the preferred control method earlier in the season, in addition to scouting for eggs and destroying them.
I know some readers are getting stressed thinking about collecting—and squashing—all of the bugs that are smothering their poor pumpkins right now. NMSU Extension Integrated Pest Management (IPM) Specialist, Dr. Amanda Skidmore, shared a trick: “One way to get them to congregate is to put some newspaper, cardboard, or old boards near the base of the plant overnight. Squash bugs like to be in protected areas, especially when it starts to get cold at night. Check underneath in the morning and remove any squash bugs.”

If they are in the area and they detect your squash, they will appear in your garden. This can happen at any time during the summer. Sutherland explained that squash is not their only food supply. They feed on any cucurbit (squash, cucumber, ornamental gourds, and even native gourds). They do have favorite plants, and if they are feeding on native gourds and detect your squash, they will leave the gourds and infest your squash. If you choose not to plant squash for several years, this will not ensure a year without squash bugs if these alternate hosts exist nearby, or if neighbors' gardens have been supporting squash bugs.

Skidmore added, “Insects have many different forms of communication, and pheromones are one of the main ways they pass messages to one another. True bugs (including squash bugs) are known to have both "aggregation" and "alarm" pheromones. An aggregation pheromone basically says, "I found a great resource, come join me," while an alarm pheromone says, "Danger, avoid!" From researching your question, I haven't come across anything saying that crushing squash bugs would attract more to your plants. Crushing a squash bug would release an alarm pheromone, which would then send a signal to other bugs to avoid that area. These pheromones won’t last long in the environment (especially if the insect is dead and not actively releasing it), so I would say remove them by hand if you have a small number of plants. You can try swiping them into a bucket of soapy water or corral them under cardboard, as discussed in last week’s column. One reason you might see an increase in the number of squash bugs on a plant is that the plant may also be sending a chemical signal into the environment, telling the insects that it is in distress and attracting more pests to it.”

Check out the NMSU Extension publications “Pocket Guide to the Beneficial Insects of New Mexico” for pictures of two natural enemies that eat squash bugs and tips on how to draw beneficial insects into your garden (https://aces.nmsu.edu/pubs/insects/).
And Dr. Skidmore's IPM website hosts several more important resources: https://aces.nmsu.edu/ipm/ipm-p1.html.

Send gardening questions to Southwest Yard and Garden - Attn: Dr. Marisa Thompson at desertblooms@nmsu.edu, or at the NM Desert Blooms Facebook page (@NMDesertBlooms)
Please copy your County Extension Agent (http://aces.nmsu.edu/county/) and indicate your county of residence when you submit your question!
For more gardening information, visit the NMSU Extension Horticulture page at Desert Blooms (http://desertblooms.nmsu.edu/) and the NMSU Horticulture Publications page at http://aces.nmsu.edu/pubs/_h/.

Popular posts from this blog 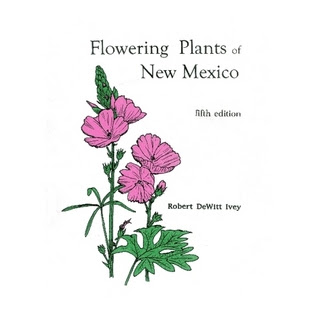 Southwest Yard & Garden by Dr. Marisa Thompson Updated from July 2018
Question: What are your favorite plant books? -Santa Fe County Extension Master Gardener Trainee Answer:I love this question. In summer 2018, Extension Master Gardener Lin Yeskie was looking for recommendations while revamping a Master Gardener volunteer library. So, I wrote a column about my favorites and surveyed other experts for their suggestions. I’ve recently updated our collective recommendations: I still try to keep an edition—any edition—of Robert DeWitt Ivey’sFlowering Plants of New Mexico with me as I travel around the state. Every plant in the book includes a hand-drawn image of the flowering structures and leaves, and a zoomed-in portion of the plant if there are distinguishing characteristics to be found. In the introduction, Ivey explains that he made most of the drawings from fresh or live plants during their flowering period and includes the location and date. A miniature map of New Mexico also accom…
Read more 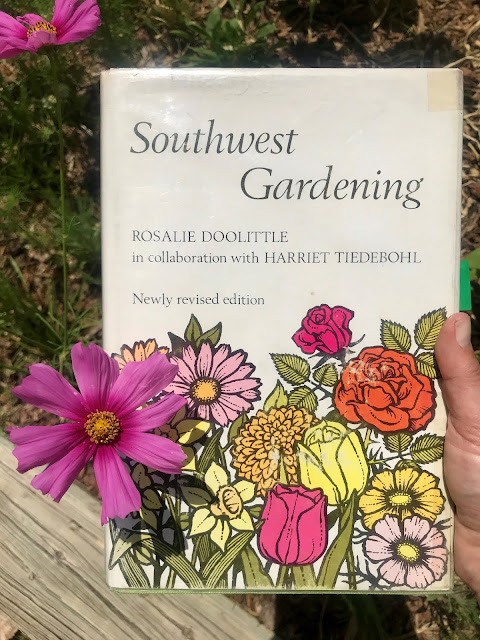 
Question: We are building our Extension Master Gardener library. What are your favorite plant books? -Lin Y., Valencia County, NM Answer: I try to keep an edition—any edition—of Robert DeWitt Ivey’s “Flowering Plants of New Mexico” with me as I travel around the state. Every plant in the book includes a hand-drawn image of the flowering structures and leaves, and a zoomed-in portion of the plant if there are distinguishing characteristics to be found. In the introduction, Ivey explains that he made most of the drawings from fresh or live plants during their flowering period and includes the location and date. A miniature map of New Mexico also accompanies each drawing with a shaded area depicting the general distribution range. Call me crazy, but when you see a beautiful flower on a hiking trail near Cloudcroft on July 4 and then find it in this book with Ivey’s note saying he found it in bloom on July 16 in the same national forest, you m…
Read more

Picky Picky: Selecting the Right Fruit Tree for Your Garden 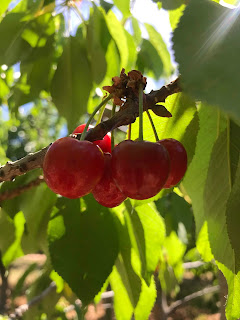 Question: What fruit trees are recommended for my area? -Karena, Dulce, NM Answer: Last week I offered tips for protecting existing fruit trees with bursting buds and open flowers from late frosts (visit https://nmsudesertblooms.blogspot.com/2019/03/late-frost-fear-protecting-fruit-trees.html). In commercial fruit production systems, growers can justify the costs of running serious equipment to keep the bud tissues from freezing, like wind machines or a sprinkler system that showers the canopies through the night, but these options only work when temperatures are expected to stay just below freezing. Colder spells may make matters worse! The actual best thing you can do to protect those buds and maximize yields is select trees carefully before you buy. Getting a reliable crop from many popular fruit trees can be tough in New Mexico. This is especially true of the earlier-blooming ones like almond, apricot, Japanese plum, and sweet cherry…
Read more